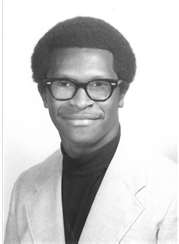 Let us look into a crystal ball for a moment and imagine the GOP field is whittled down to their nominee --- Herman Cain.....

We have been hearing from those on the left who love to inject racism into anything conservative -- Tea Party; House Jobs bill; Deficit reduction bills; any GOP member.
Jesse Jackson, Sr; Jesse Jackson, Jr.; Al Sharpton; Rev. Jeremiah Wright; Harry Belafonte; Morgan Freeman to name a few have interjected and suggested that even those who are white and had voted for Obama but now are having "buyers remorse" and vow to not vote for him this time around are doing so because Obama is black.
I can give a longer list of black leaders in addition to the one's mentioned above who have, for many decades, been telling black Americans that the Government is their only hope for equality through affirmative action (or the phrase I like best, affirmative racism), welfare, abortion rights and wealth redistribution.
Couple this with the same message, and record, that Obama has that mirrors this "big government", big brother equalizer system.
If Cain is ascended into the man to go head to head with Obama for the next term in the White house what will the liberal socialist do who have controlled that message for so long.
Of course, they have already begun to label Cain as backed by white money in conspiracy like theories. They have already begun to label him "no friend of the black man". But, when the rubber hits the road and both men stand against each other with their backgrounds, policies and words hanging in front of everyone to see what do you think will happen? What will the American public see -- Obama as representing the big government dole out to survive and Cain as a shining example for young (and old) black Americans to see a self-made, successful, family oriented, conservative black man who made it on hard work and persperation.
I see that when this occurs it will also vindicate white voters who switch their votes from Obama to Cain with the confidence that they do not fear a black man in the White House, just a Black Socialist in the White House.
Posted by rosey at 8:50 PM