How stupid are the Democrats? 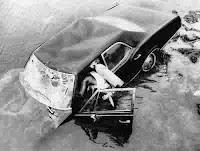 In spite of the gerrymandering of the Massachusetts Senate that is controlled by the Democrats to seat Kirk as a "placemark" until the special elections their own bravado has sunk the Health care bill as of tomorrow due to the law that they wrote.

According to Republican lawyers who have analyzed the bill that was rushed through the Massachutts Senate and signed by the Democrat Governor in order to maintain their 60 seat voting block, Kirk cannot place a vote.

According to the Weekly Standard's Fred Barnes -

"Appointed Senator Paul Kirk will lose his vote in the Senate after Tuesday’s election in Massachusetts of a new senator and cannot be the 60th vote for Democratic health care legislation, according to Republican attorneys.


Kirk has vowed to vote for the Democratic bill even if Republican Scott Brown is elected but not yet certified by state officials and officially seated in the Senate. Kirk’s vote is crucial because without the 60 votes necessary to stop a Republican filibuster, the bill will be defeated.

This would be a devastating loss for President Obama and congressional Democrats. The bill, dubbed ObamaCare, is the centerpiece of the president’s agenda. Brown has campaigned on becoming the 41st vote against ObamaCare.


But in the days after the election, it is Kirk’s status that matters, not Brown’s. Massachusetts law says that an appointed senator remains in office “until election and qualification of the person duly elected to fill the vacancy.” The vacancy occurred when Senator Edward Kennedy died in August. Kirk was picked as interim senator by Governor Deval Patrick.


Democrats in Massachusetts have talked about delaying Brown’s “certification,” should he defeat Democrat Martha Coakley on Tuesday. Their aim would be to allow Kirk to remain in the Senate and vote the health care bill.

But based on Massachusetts law, Senate precedent, and the U.S. Constitution, Republican attorneys said Kirk will no longer be a senator after election day, period. Brown meets the age, citizenship, and residency requirements in the Constitution to qualify for the Senate. “Qualification” does not require state “certification,” the lawyers said.

An appointed senator’s right to vote is not dependent on whether his successor has been certified, the lawyers said. In Massachusetts, the election of a senator must be certified by the governor, the governor’s council, and the secretary of state – all of them Democrats.


If Brown wins narrowly and a recount is being conducted, Democratic lawyers might claim that he hasn’t been “duly elected.” Republican attorneys believe, however, that a candidate has actually been elected, though it won’t be clear who that is until the recount is completed. In Massachusetts, a recount can occur if the margin of victory is less than half a percent of the total vote.

Republican lawyers have examined Massachusetts particularly to find the rules governing a recount. They also studied the law passed after Kennedy’s death on a Senate successor.


Since it would take months before an election of a successor could be held -- possibly causing Democrats to lose earlier health care votes -- Massachusetts Democrats changed the law to allow the governor to appoint an interim senator before an election is held."
Posted by rosey at 11:04 PM