Obama and his “Committee for the Defense of the Revolution” 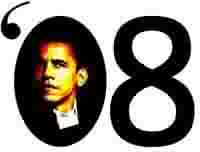 Unless you have lived in the communist era prior to 1960 or have studied the Cuban uprising and overthrow of the Batiste government by Che’ Guevera and Fidel Castro you will need to pay close attention to this article.

The slick marketing campaign of Obama is eerily similar to the commercialization (after his death) of Che’ Guevera. This is not by accident, it was intended to be subtle in nature and give those “counter culture, Vietnam war protesting, now in political power ex-hippies” comfort that the transformation of America to a socialist utopia is at hand.

It is no longer a secret that the Obama administration and his fellow socialist travelers in the halls of Congress hate “Capitalism” as they demonize everything from big oil to banks. Their fellow travelers in the press constantly bombard us with anti-business news to turn the American conscience against the evil businesses that are the backbones to jobs, security and prosperity for all.

The fellow travelers ACORN are professional agitators that have aggressively brow-beat and physically threatened bank executives to move the agenda forward. It is why we are where we are today. While peaceful Americans were taking to the streets in ever growing numbers (as in Cincinnati) to protest the economic stimulus bill that will result in ever increasing taxation (without representation), ACORN and it’s media gaggle were chartering buses to descend on individual AIG executives private residences. Anti tax protests – no MSM coverage, Anti-Capitalist small protest splashed across televisions across the Globe.

In spite of the severe economic turmoil that is out of control and need of serious intervention Obama tells us that more and more trillions of dollars need to jumpstart “Health care, Education and social program spending” to get us out of this spiral.

Spending trillions on Health care, Education and Social Programs is his answer? Every reasonable American is questioning these priorities and asking “how is spending in these areas going to jumpstart the economy?”

The party platform of the DNC and that of Obama is taken directly from Communist Cuba and Che’s revolucion. After Batiste was toppled, the holding of power (or consolidation of power over the masses) was established by adopting CDR’s.

Committees for the Defense of the Revolution (Spanish: Comités de Defensa de la Revolución), or CDR, is a network of committees across Cuba. The organizations are designed to put medical, educational or other campaigns into national effect, and to report "counter-revolutionary" activity.

The CDR officials have the duty to monitor the activities of each person in their respective blocks. There is an individual file kept on each block resident, some of which reveal the internal dynamics of households.

Other responsibilities include arranging festivals, administrating voluntary community projects and organizing mass rallies. The CDRs are organized on a geographical basis and act as a center for many who do not work in farms or factories; hence the committees have a large proportion of female membership.”

Does any of this sound familiar to you?

First, “The organizations are designed to put medical, educational or other campaigns into national effect, and to report "counter-revolutionary".
These are also Obama’s top priorities in his current budget. The reporting of counter-revolutionaries (you and me and the alternative media) is already under assault with the proposal to bring the fairness doctrine back to silence voices that counter the revolutionary ideals. In addition there is legislation currently passing through Congress that will give control of the internet to the President (which will silence the “last free voice in the world”).

Obama and his socialist’s surrogates target the Youth

Just as Hitler created the Hitler Youth, Cuba targets their youth to compliance of the socialist goals to avert an aging population of counter-revolutionaries.

According to a “Cubaverdat.net” article “Militancy in CDRs is interchangeable with other organizations such as the FMC, the communist Party, or the League of Young Communists. Any militant of the Party or of the Youth must show that he or she is a member of the CDRs and/or FMC.”

Do you remember the “marching and chanting Obama Youth Brown Shirts?”

According to a World Net Daily article – “The U.S. House of Representatives has approved a plan to set up a new "volunteer corps" and consider whether "a workable, fair, and reasonable mandatory service requirement for all able young people" should be developed.

The legislation also refers to "uniforms" that would be worn by the "volunteers" and the "need" for a "public service academy, a 4-year institution" to "focus on training" future "public sector leaders." The training, apparently, would occur at "campuses."

It not only reauthorizes the programs, but also includes "new programs and studies" and is expected to be funded with an allocation of $6 billion over the next five years, according to the Congressional Budget Office.

Many, however, are raising concerns that the program, which is intended to include 250,000 "volunteers," is the beginning of what President Obama called his "National Civilian Security Force" in a speech last year in which he urged creating an organization as big and well-funded as the U.S. military. He has declined since then to elaborate.”

Barack Obama, on the campaign trail in 2008 made the following statement on July 2 in Colorado Springs:

These sentiments or policy objectives have continued to this day. Obama wants a “National Security Force” that is larger than the US Military.

So you can see that from Obama’s slick campaign imaging to his platform for change is quickly being implemented. Never before has this country been so dangerously poised for change – the socialist one in the spirit of Che’.

If you think for yourself and follow current events – like Obama easing travel restrictions to Cuba to his chanting brown shirts you will see exactly what Obama and his fellow travelers are doing to this great nation.

The biggest question of all – what do we do about it? Can you say “Counter-revolution?”