Was there an assassination attempt on Obama? 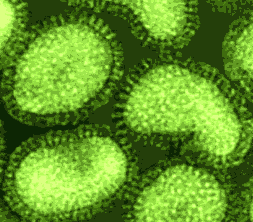 According to an article in "Bloomberg":
"the first case was seen in Mexico on April 13. The outbreak coincided with the President Barack Obama’s trip to Mexico City on April 16. Obama was received at Mexico’s anthropology museum in Mexico City by Felipe Solis, a distinguished archeologist who died the following day from symptoms similar to flu, Reforma newspaper reported. The newspaper didn’t confirm if Solis had swine flu or not. "
http://www.bloomberg.com/apps/news?pid=20601087&sid=aEsNownABJ6Q&refer=worldwide
Early news reported that the deadly outbreak in Mexico was from an American strain of the H1N1 virus which there is no vaccination for.
News from the CDC is still in the preliminary stages but H1N1 has now spread to California, Texas and New York.
Posted by rosey at 7:29 PM