The Color of his Skin

Has anyone noticed Obama's feckless attempts to connect his persona to historical figures.  The most recent is the death of Nelson Mandela.  The media are scrambling to equate Obama's presidency to that of the anti-apartheid prisoner.  It is despicable that they portrait Obama in this manner when in fact all he is doing is standing on the shoulders of those who have done great things without doing a damn thing to deserve it personally.  Rosa Parks and Nelson Mandela would not be who they are if not for Obama.  That is what they want us to believe.  It's all about the color of Obama's skin and nothing to do with his character. 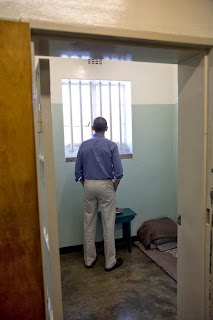 Remember the death of Rosa Parks.  Again, it's about the color of his skin and not the content of his character. 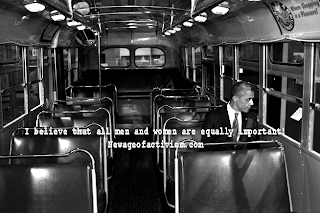 The Democrats and Obama have compared him to Abraham Lincoln on many occasions yet he did not attend the Gettysburg address commemoration.  He did pen a tribute, but even then omitted God from the actual speech.

Obama also failed to attend the anniversary tribute of John F. Kennedy at Arlington National Cemetery.  What do these two historic figures, that the Democrats and Obama supposedly cherish, have in common?  Both were assassinated.  Perhaps Obama has a superstitious side to him.

The way things are going for Obama and his lawlessness he will actually be on a bus, heading to a prison cell of his own where he can actually play a martyr for real because if he is prosecuted it will be because of the color of skin and not the content of his character.  The media will ensure this narrative regardless of the facts.

The truth of Obama is that he has done nothing as a Senator or as a President that can equate to success.  The economy, jobs, Obamacare, foreign policy, domestic policy are all suffering as the clock ticks.  Everything he has touted, touched, advocated and boasted are abject failures.  He is NOT a champion of civil rights for blacks or any color.  He is the most racially divisive figure the world has not seen since World War II.