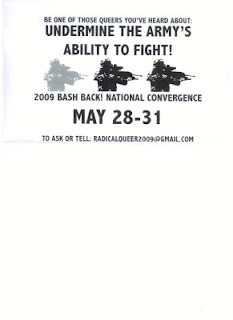 Obama sowing the seeds to take control of the Internet

On April 7th, 2009 the public was made aware of Janet Napolitano’s report to law enforcement the “right wing extremist” threat that the US is facing. This DHS report was short on facts and evidence while painting in a “broad brush stroke” those who oppose gay rights, same sex marriage, abortion, open borders as “right wing terrorists.

This report brought an immediate spotlight on the Obama Administrations attempt to suppress Christians voices, it did succeed in placing this propaganda into the collective conscience of the nation. It is important to place a spotlight on this sham report and compare it to the “left wing extremist” report that was also disseminated to law enforcement. I have added the link to it here:

The brunt of the DHS “left wing extremist” report deals with “cyber terror” and the utilization of that medium as a tool. It specifically cites groups (Earth Liberation Front, “Hacktivists” and the “Internet Liberation Front”).

The “Right Wing Extremist” report compares those who oppose abortion, anti-illegal immigration, gun control, states rights, homosexual marriage to “Timothy McVey” and the “Michigan Militia” movement. The report even designates those belief systems as “terrorists groups” at a time when this same administration refuses to utilize the word terrorist or terrorist groups against Islamic groups responsible for 9/11. Coincidentally the “Left Wing Report” (linked above) does not utilize the word terror in the text anywhere when describing the ELF or Animal rights groups who have a long and violent list of terror attacks on US soil but if you attend a tea party rally you are a terrorist:

When reading the “left wing” report and it’s central theme of “cyber” crimes it is not a large “leap of faith” to see that the current talk of Obama wresting control of the internet in a “national emergency” as a result of cyber attacks on key governmental and financial institutions. The legislation currently working its way through Congress will give the President the ability to “shut off the internet” at his command when a threat or perceived threat occurs.

To recap this, a “left wing extremist” group perpetrates a “cyber attack” or a “perceived imminent cyber attack” and a left wing President wrests control of an internet that houses his Administrations largest and loudest critics (Limbaugh, Hannity, Savage, etc) – how convenient to be able to utilize a radical group aligned with your core beliefs to circumvent “freedom of speech” without any opposition, by the flick of a pen.

The “left wing” report leaves out obvious evidence of other radical and violent groups that are have recently perpetrated acts of terror against religious groups here in the US in the wake of California’s Proposition 8 (constitutional amendment to define marriage as one man one woman). The militant homosexual group “Bash Back” is a prime example of not making the list when there is ample evidence to view this group as subversive and dangerous (see the picture above). The website of this group is here:

When one looks at the photo at the top of this article it is hard NOT to associate this group of people with Islamic terrorist as they are dressed like them and they are sporting weapons. When you peruse their website you can see the open aggressiveness that they are advocating and that includes violence as they demonstrated when they attacked a Church service and terrorized the women and children parishioners in attendance before they set off the fire alarm before storming out.

The group is also openly trying to undermine our military as evidenced in the attached website proclamation:

So as you can see it is apparently OK to omit the radical domestic terror group “Bash Back” because they are attacking Christians (which are deemed terrorists on the “right wing” DHS report). When you see those in attendance at the tea parties with there signs against government taxation, pro-marriage, anti-illegal immigration they are to be feared as subversive terrorists while the “Islamic headressed leftist homosexual lobby armed to the teeth” is to be seen as “community activists with a just and right cause” that need to be given more civil rights and hate crime legislation to protect them against those who see them as dangerous and an abomination to everything that is American. I find it ironic that the militant “Bash Back” organization dresses up like the Islamic Terrorists who want them eradicated from existence for their abhorrent lifestyles that are not in strict adherence to Sharia Law – Michael Savage is correct when he explains that “liberalism is a mental disorder”.
Posted by rosey at 8:29 AM