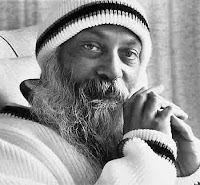 A comparison of a collective Utopian dream (er, nightmare)


An iconic leader with a fleet of 80 Rolls Royce’s and a fleet a personal jets who presides over a throng of followers who are laboring 12 hours a day in the fields of his collective farms, many of whom were homeless that were bussed in.

When he traveled around his “ashram” his adoring followers threw rose petals in his path while his guards with automatic weapons looked on suspiciously for any who might be trouble.

Neighboring town governments viewed the “ashram” with suspicion and fought to keep the commune from spreading to their communities until the iconic leader purchased just enough land in those communities to unseat the local politicians in a “coup-like” manner.

When this take over did not set well with those who still opposed this commune the next step was the first act of domestic terrorism of a biological nature -- Their food was poisoned.

“The Bhagwan Shree Rajneesh was the spiritual leader of the Rajneeshee religious sect headquartered at Rancho Rajneesh in the Central Oregon desert from 1981 to 1985. He attracted hundreds of thousands of red-clad followers from around the world, known as sannyasins. These followers, mostly educated and affluent, followed Rajneesh’s teachings which he argued did not reject but rather built on, other religions. Described by reporter David Sarasohn as a “combination of Eastern mysticism…and the Western human potential movement,” the Rajneesh believed that meditation and sexual exploration were essential to spiritual enlightenment.

Born Rajneesh Chandra Mohan in 1931, Rajneesh grew up in Kuchwada in central India. In 1955 he earned a masters degree in philosophy and taught at two universities until 1966. In 1974 he founded an ashram (commune) in Poona (Pune), India where his success as a spiritual leader began. On July 10, 1981, his assistant Ma Anand Sheela, the president of the Rajneesh Foundation International, purchased the 64,000 acre Big Muddy Ranch straddling Wasco and Jefferson Counties in Central Oregon. The Bhagwan renamed it Rancho Rajneesh and moved there in August 1981.

The Rajneeshee developed the city of Rajneeshpuram, whose population was estimated between 2,000 and 3,000 in 1983 and 1984. They also planned a communal farm on the property. As the population of sannyasins increased, so did local resistance. Reports surfaced that Rajneesh was exercising mind control techniques on his followers. To the suspicion of the residents of the nearby town of Antelope, he owned fleets of Rolls Royce cars and private jets, while sannyasins on the commune labored 12 hours each day without monetary compensation. A lengthy struggle between the Rajneesh and their neighbors erupted, attracting the attention of the international press. On September 13, 1985 Sheela, his assistant, fled the commune for Europe amid criminal charges.

Despite Rajneesh’s attempts to distance himself from Sheela, the commune collapsed, and on October 28, 1985, he too fled. Arrested when his jet refueled in Charlotte, North Carolina, Rajneesh was tried in Portland on charges of immigration fraud. Immediately after his trial on November 14, Rajneesh left for India and changed his name to Osho. He spent the rest of his life in several countries including Greece and Uruguay. He died on January 19, 1990 in Poona, India where his followers still operate an ashram.”

Bagwan Shree Obama – according to the Daily Kos

“A Catalyst for a 21st Century Progressive Class Alliance

Barrack Obama has shown great instinct and intelligence for a Democratic politician.(5) He has become larger than life in US politics, mesmerizing people with his oratory skills and carefully crafted message of hope, empowerment and change. He has gathered around him a new breed of political professionals - a campaign team that mastered the evolving rules of the political game and outplayed the seemingly unbeatable Clinton juggernaut.

It is no accident that college students, Afro-Americans and IT industry workers find themselves in the same campaign. Nor is it an accident that they are joined by antiwar activists, growing unions that focus on organizing, and recently naturalized immigrants. To paraphrase Obama's insightful mobilizing themes, the alliance consolidating around his campaign represents the future. It is powered by those who believe "Yes, we can!"

Ma Anand Sheela was the personal assistant to Rajneeshee sect leader Bhagwan Shree Rajneesh and the highly visible president of the Rajneesh Foundation International when it was based in Oregon from 1981 to 1985. The only person who regularly conversed with the Bhagwan, Sheela directed the commune, operating as its spokesperson to the outside world. Born Ambalal Patel Sheela in Baroda, India in 1950, she was introduced to the Bhagwan by her parents just before she left for the United States to attend university. In 1972 she returned to India and began her career with Rajneesh, later moving back to the United States and marrying an American.

On July 10, 1981, Sheela purchased the 64,000 acre Big Muddy Ranch in Central Oregon near the village of Antelope. The Rajneeshees renamed their land Rancho Rajneesh and prepared it for the arrival of Rajneesh’s followers, known as sannyasins. As Rajneeshee influence grew, so did conflicts with their neighbors. In April 1982, Sheela instructed about 60 Rajneeshees to move to Antelope so the cult could gain control of its city council in the November 1982 election. Similarly, in the spring of 1984 Sheela began a Share-A-Home program recruiting homeless people from around the country who were eligible voters in an attempt to win two seats on the Wasco County Commission. That September she instigated a salmonella outbreak in The Dalles by infecting the salad bars in 10 of the city’s restaurants, poisoning 751 people. Furthermore, the sect began stockpiling weapons and protecting the commune with armed guards.

All of these activities attracted the attention of the media and authorities. On September 13, 1985, Sheela fled the commune for Europe, and on September 15, the Bhagwan himself accused her of arson, wiretapping, attempted murder, and mass poisonings. Once authorities discovered wiretapping networks and bio-terror research facilities in Sheela’s house, she was arrested in West Germany on October 28, 1985, extradited to Oregon and sentenced to ten years in a federal prison in Pleasanton, California. She was released on December 13, 1988, after just two and a half years and immediately left for Switzerland, where according to the Oregonian, she runs two private nursing homes near Basel under the name Sheela Birnstiel. – Oregon History Project

Rahm has utilized his forces in the SEIU and ACORN to do exactly what Sheela did for the Bagwan in Oregon in 1982 to gain control of the November 1982 election. Dead voters, duplicate voters and voter fraud are a handy tool in his quiver for controlling election outcomes.

Though I draw comparisons between this cult movement of the early 1980’s with the current administrations goals of utopian collective societies I also draw the comparison of their downfall in power. Just as the Bagwan’s rule and fall took place in the span of 4 years, so too will Obama’s
Posted by rosey at 6:53 AM