An open letter to the Republicans of the House and Senate 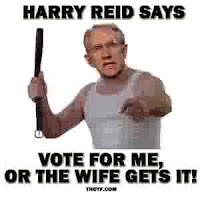 It is true that over the past three years I have been openly critical of your behavior when it comes to the abandonment of “conservative principles” regarding spending and fiscal restraint.


It was this behavior that has been the impetus for the frustration that has led to the “tea party” movement that has risen from the ground up across the country by the people who are mad as hell that you were not listening.

I must now admit that you are listening and have acted in a manner that you are not getting the proper credit for – the “obstruction of Obama’s agenda”!

You have shown absolute solidarity in your votes against Cap and Trade as well as the ominous Health Care bills. I want to thank you for the hard work you have performed and understand that it is your efforts that have prevented these disastrous bills from becoming reality.

We the people elected you to represent us and you have shown great courage and leadership in your combined efforts in this regard. You need to know that we appreciate and support your efforts wholeheartedly – we have your backs!

I am sure that you have heard our pleas and as the “front line” soldiers in this fight against oppressive expansion against big government you will be rewarded for this effort when election time comes around.

Thank you and keep up the good fight – it is appreciated!

Your Constituency
Posted by rosey at 8:41 AM