Why the left want our guns!

“Every Communist must grasp the truth, “Political power grows out of the barrel of a gun.” “Our principle is that the Party commands the gun, and the gun must never be allowed to command the Party.” 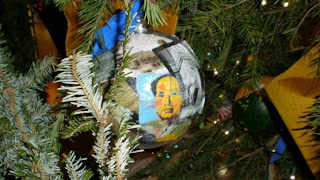 Obama Communications Director, Anita Dunn believes in Mao according to the speech she gave at a "High School Graduation":

Carol Browner, Van Jones and many other communist, socialists and Marxists have a common core belief -- In Mao and in Obama.....