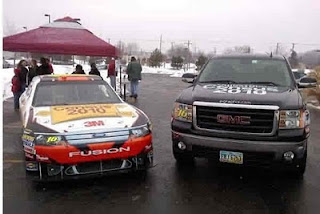 New poll finds reluctance and trust at heart of the matter!


When President Obama pulled the Census duty in house it began. This announcement came at a time when the rock star President still had swooning support from his recent historic election.

We were told early on by his mouthpieces that he would enlist his army of “community organizing pals, and unions” to go forth and count. The word ACORN came up consistently in these announcements and thus the trust quickly began to erode.

To counter the image problem that ACORN brought to the equation, a government spending spree ($14.7 billion dollars) unimaginable in past times also began.

Again, Newsmax states (Carrot)– “Politicians, community groups and interest groups, meanwhile, are already tabulating how many funds - and congressional seats - their respective regions could stand to lose if the citizens don't participate.

Sen. Sherrod Brown, Ohio Democrat, was one of many lawmakers who did the math this week. He figured that his state would lose $12,000 for every person who didn't return their census form.”

(Stick) – Criminal provisions are attached to the Census if you fail to cooperate with the information gathering process. United States Code. Under 13 U.S.C. �221(a), the federal statute states as follows:

Whoever, being over eighteen years of age, refuses or willfully neglects, when requested by the Secretary, or by any other authorized officer or employee of the Department of Commerce or bureau or agency thereof acting under the instruction of the Secretary or authorized officer, to answer, to the best of his knowledge, any of the questions on any schedule submitted to him in connection with any Census or survey provided for by subchapters I, II, IV, and V of chapter 5 of this title applying to himself or to the family to which he belongs or is related, or to the farm or farms of which he or his family is the occupant, shall be fined not more than $100.

Under 221(b), anyone who willfully gives any answer that is false, shall be fined not more than $500. The last section under 221(c) states that no person shall be compelled to disclose information relative to his religious beliefs or to membership in a religious body.

So, the questions sit on your dining room table awaiting your response. The big question is – are you going to comply or are you going to engage in a bit of “civil discourse”?
Posted by rosey at 9:21 AM