2nd Amendment is the ONLY “homeland security”, Court cases forcing the issue to solidify constitution! 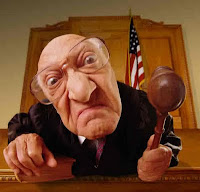 Liberals have been on the offensive for years in their attempt to wrestle our personal firearms from our hands. The level of the liberal hatred for the 2nd Amendment is a “clear and present danger” to the sovereignty of our country as the federal government has failed time and time again to protect our citizens from harm through liberal ordinances at every level of our country. The “no gun zones” at our university campuses and “city handgun bans” in our nations’ capital as well as Chicago are just a few examples of the disregard to the fabric and spirit of our constitution.

The anti-gun lobby failed in their attempts in the City of San Francisco to enact these dangerous ordinances and were thwarted only when the NRA, in court, to overturned them.

This fight has been waged in every corner of this nation and with the recent election of Obama it is imperative that the courts find, once and for all, that the 2nd amendment truly means that our citizens have the right “to bear arms”.

In the DC v. Heller case, pro gun and pro 2nd amendment advocates have won an important first step in this solidification. Yet the Supreme Court has not definitively ruled to end the matter to the satisfaction of those who insist on their 2nd amendment rights.

On October 1, 2009 the State of Montana passed legislation that was meant to bring about the definitive court battle and pits the might and power by the Federal Government to step aside in the matter. The legislation intent:

“AN ACT EXEMPTING FROM FEDERAL REGULATION UNDER THE COMMERCE CLAUSE OF THE CONSTITUTION OF THE UNITED STATES A FIREARM, A FIREARM ACCESSORY, OR AMMUNITION MANUFACTURED AND RETAINED IN MONTANA; AND PROVIDING AN APPLICABILITY DATE.”

The legislation is referred to as the “Firearms Freedom Act” and is best described by WND as follows:

“The law provides guns and ammo made, sold and used in Montana would not require any federal forms; silencers made and sold in Montana would be fully legal and not registered; and there would be no firearm registration, serial numbers, criminal records check, waiting periods or paperwork required.”

Since Montana, Tennessee has passed similar legislation and the following States are introducing legislation:

In addition, the following states are intending to introduce FFA legislation:

The Bureau of Alcohol, Tobacco, Firearms and Explosives, he wrote, previously had written to Federal Firearms Licensees, warning that they could be prosecuted for following the state laws in Montana and Tennessee.”

In a recent development, the US Supreme Court has docketed the “Chicago handgun ban” case known as McDonald v. Chicago. Per WND the case “challenges a 7th Circuit court ruling that said the Second Amendment applies only to federal regulation of an individual's right to guns and not in cases of restrictions by states and municipalities like Chicago and Oak Park, Ill.”

Finally, this battle cry or “call to arms” has accelerated because of the Obama administration position that “advocated for a treaty that would require a federal license for hunters to reload their ammunition, has expressed a desire to ban "assault" weapons, has seen a plan to require handgun owners to submit to mental health evaluations and sparked a rush on ammunition purchases with his history of anti-gun positions.”
Posted by rosey at 11:22 AM