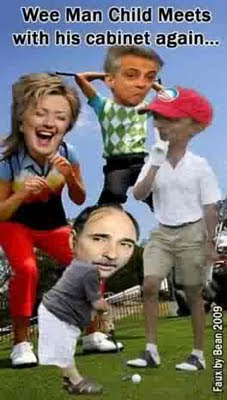 The economic stimulus bill was passed in February 2009 and promised to save or create 3.5 million jobs.


The report that was just released and the Obama Administration now touts, show that the stimulus worked. Right!

First, if you believe the 650,000 figure I have a bridge to sell you but for the sake of my generous nature I will give them that figure, for now.

Since the stimulus was passed and money started flowing we have had the following job losses:

The Bill titled “American Recovery and Reinvestment Act of 2009” is a joke. When Obama rushed this emergency spending bill with the help of the House and Senate Democrats, we were told that it was imperative, that doing nothing was unacceptable. If we did not act quickly, our unemployment would hit 8.5% and that by passing this pork fest, the President promised to save or create 3.5 million jobs.

So, what was the “bang for our buck” in spending $1 Trillion Dollars? So far, it cost taxpayers $1, 538,462 for every job that the Administration is boasting about.

In order for the taxpayer to repay this $1.5 million it would take over 36 years of working at $42,720 (before taxes and cost of living).