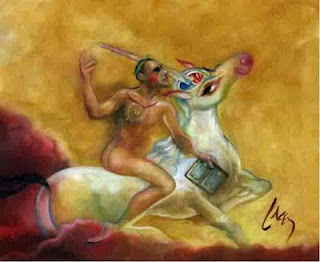 Immediately after inauguration, Obama told the American public that “we should not listen to Rush Limbaugh”. Then we heard him complain that the public gets “ginned up on talk radio”. This was followed by the Administrations all out war against “Fox News” when Rahm Emanuel declared that Fox was not a “news” organization but was an arm of the Republican Party.


When the election was over, Democrats everywhere started the chant of “mandate”. This was to be expected as Bush utilized the term after his election. What goes around comes around!

Somewhere in all of this democratic chest beating we were also told that the Republican platform is dead and that the Republican Party is in disarray and dead. There is a modicum of truth to this as the GOP has long since lost its conservative roots and this fact was evident when they put a weak conservative up as their party representative against Obama in the Presidential elections.

Despite the weak candidacy of John McCain he managed to garner 60 million votes which said a lot about the perceived mandate and popularity of Obama.

Despite the overwhelming love affair the MSM had with Obama before and after the election McCain Managed 60 million votes.

So, if the GOP is dead and finished, caput, then why the war against talk radio and Fox news?

I recall the over confidence that Obama touted when campaigning when he told the US that he would “fix” the economy immediately but once elected Biden comes out and states Obama would probably get 30% of things wrong. Once elected Obama pressed Congress to pass the stimulus quickly or unemployment would rise to 8.5%. The unemployment picture today stands at 9.8% nationally with no end in sight. The rapid decline of the economy is of course still blamed on Bush policies in spite of the harmful and ill conceived policies of this administration. When Obama could not bring home the Olympics for his beloved city of Chicago, it was because of Bush policies.

The Democrat elites are so out of touch with their drunkenness of power that they are making policy and forcing it down the serf’s throats. This is in spite of the grass-root efforts of the American public who attended the tea parties first, then the town hall meetings and finally the accurate reporting of these efforts by conservative talk radio and Fox news.

This is why the death of the GOP is fabricated by those on the left and constantly under assault. The elected elites do not think or believe that they serve at the “pleasure” of the people.
Posted by rosey at 6:42 AM