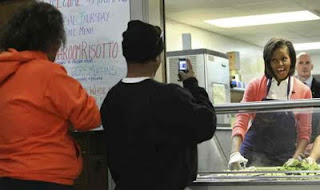 Ensuing Liberal comments and then the facts!


On August 29, 2009 an ER physician, Starner Jones, MD had his “letter to the editor” published in the “Clarion Ledger” and has now made its rounds on the internet. This is what he wrote:


During my last night's shift in the ER, I had the pleasure of evaluating a patient with a shiny new gold tooth, multiple elaborate tattoos, a very expensive brand of tennis shoes and a new cellular telephone equipped with her favorite R&B tune for a ringtone. Glancing over the chart, one could not help noticing her payer status: Medicaid. She smokes more than one costly pack of cigarettes every day and, somehow, still has money to buy beer.


And our Congress expects me to pay for this woman's health care? Our nation's health care crisis is not a shortage of quality hospitals, doctors or nurses. It is a crisis of culture - a culture in which it is perfectly acceptable to spend money on vices while refusing to take care of one's self or, heaven forbid, purchase health insurance. A culture that thinks "I can do whatever I want to because someone else will always take care of me". Life is really not that hard. Most of us reap what we sow.

He did not hide behind an anonymous name and bravely spoke of his experience with his opinion about what is wrong with the perceptions of the poor in this country and his frustrations of having to (as Obama explained it to Joe the Plumber”) give the person behind you a "hand up".

Here are some comments, from Liberals, found on various sites that ran with the letter:

1) “The role of a physician is not to make political value judgments, but to treat the patient.”

Note: Be a good little socialist or the thought police will visit. Remember you do not have the right to “freedom of speech” if it goes against our policies and agenda!

2) “If this lady really qualified for Medicaid, then this guy shouldn't judge whether she deserves it or not. Maybe she's mentally retarded, can't hold a job, and got that cell phone for Christmas from a relative. A cell phone costs a tiny fraction of the cost of health insurance.”

3) “It's not right to judge this woman in regards to her smoking. We don't have enough information. It's a very, very serious addiction. It's been compared to heroin addiction...I can attest that it's very, very nasty. Also...w/o insurance...she can't get medication to help her off of it.”

Note: Once again the pointing to other bad behavior to justify (smoking addiction vs. heroin). We may not have “enough information” but the doctor had her chart notes and medical file information when he made his statement.

And finally, my favorite (which is why I wrote this article):

5) “This is such a sad thing on so many levels. First off, should a person this judgmental be working in an emergency room dealing with people who are poor? Hard to believe this doctor could actually refrain from using the N word but he does let you know that the patient is black by mentioning the R&B ringtone.

Okay, let's see, he's a 7th generation Mississippian and 7 generations ago her family, if she even knows who they were, were slaves with NOTHING. This doctor says that life isn't that hard really? Well, being a white person who benefited from what his daddy got from his daddy that he got from his daddy and so forth, no, it's not that hard. I've personally had a hell of a lot of breaks, went to the finest schools, etc. I'd be willing to bet this doctor had that sort of break in spades.

How does he know the gold tooth is new and if it wasn't made like most of them are by pounding out gold from a necklace and having it fitted by somebody who may have never even been to a dentist. Expensive "brand" of tennis shoe? I have Adidas that I got at an outlet store for $20. They could even be a Korean counterfeit like his wife's Kate Spade purses.

The final thing is, this girl, if she has a job, is probably making minimum wage at a job that doesn't offer health insurance. If she wanted to buy her own policy she wouldn't be able to afford any sort of decent plan and probably couldn't even make the co-pays.

The level of incivility out of Republicans like this doctor has gotten to such a level that I am embarrassed to call myself a Southerner these days. I'm sure he goes to his nice Protestant church on Sundays and cares nothing about the people he treats. It truly makes me feel ashamed.” – by Big Monkey on Headline Zone http://www.headlinezone.com/index.php?showtopic=16079

First I want to compare this “Medicaid” patient to another indigent/homeless person who sports a cell phone in the photo taken when Michelle Obama was serving lunch recently at a government funded soup kitchen shown in the photo attached to this article.

In dissecting commenter #5’s comment I must say that leveling racist charges is usually a liberals “ace in the hole” that is saved for last when all other tactics to demean, smear and marginalize have failed yet he opens with it. The commenter leaps to the race of the doctor’s patient by opinion (which is exactly what he rails against the doctor for purportedly doing).

He is not finished because he quickly leaps/pounces on the 7th Generation comment the doctor made and places the patient’s family as slaves. Let’s look at this comment for a moment! A generation is “Daughter to Mother” and “Mother to Grandmother” etc. If you are to establish a timeline for generations (which I will do here at 20 years intervals) then going back 6 generations for this patient could have been around the time that Lincoln and the Congress abolished slavery in 1865. Since we do not know the age of the patient I will give the commenter the benefit of the doubt and say that her 7th generation was in the time of slaves in this country given the propensity of slave owners in the South, particularly in Mississippi at that time.

Finally, after proclaiming his “white guilt” by having all of the breaks that the patient did not and leaping to the conclusion the doctor had the same breaks as the commenter, he closes by comparing “incivility out of Republicans like this doctor”. OK here we have it, a racist doctor with a silver spoon that does not possess white guilt like all Republicans (inferring that Republicans are guilty of racial incivility). Now, for a history lesson that this commenter obviously missed when he bragged “Well, being a white person who benefited from what his daddy got from his daddy that he got from his daddy and so forth, no, it's not that hard. I've personally had a hell of a lot of breaks, went to the finest schools, etc.”:

On December 10, 1817, Mississippi became the 20th State (Dr. Jones home state). Mississippi has long been a State controlled by “racist” Democrats. Coincidently, the State land animal is the “white tailed deer” and the State beverage is “milk” and their State flag bears the “confederate symbol” that liberals love to point to as racist.

In 1865, The US Constitution passed the 13th Amendment to prohibit and abolish slavery and the State of Mississippi was tightly controlled by Democrats.

In 1865, Mississippi voted against the amendment and subsequently on March 16, 1995 (130 years later) the state ratified the amendment while a Republican Governor, and both State Senators were Republican.

In 1890, white Democrats consolidated their political power in Mississippi. For more than seventy years, the state was a Democratic stronghold in which Republicans and African Americans had little political clout.

The elections of 1976, however, marked the last time Mississippi would cast its presidential electoral votes for a Democrat. That year, the state's Democratic lineup included the governor, both United States senators and three representatives, and all but five seats in the state legislature.

42% of the state's population was African American in 1960, discriminatory voter registration processes still prevented most of them from voting, consequent to provisions of the state constitution, which had been in place since 1890 when white democrats “consolidated their power”.

“This consolidation of power was accomplished by “Democratic Party paramilitary militias" and groups such as the Red Shirts and White Camellia terrorized African American Republicans and suppressed voting.

The Democrats regained political control of the state in 1877. The legislature passed statutes to establish segregation and a new constitution that effectively disfranchised most blacks, Native Americans and many poor whites by changes to electoral and voter registration rules. The state refused for years to build human capital by fully educating all its citizens.” - Wikipedia

The Red Shirts or Redshirts of the Southern United States were white paramilitary groups in the 19th century, active primarily after formal Reconstruction. They first arose in Mississippi in 1875, when conservative rifle clubs and private militias adopted red shirts to make themselves more visible and threatening to Republicans, both whites and freedmen. Similar groups formed in other southern states and also adopted Red Shirts.

Among the most prominent Red Shirts were supporters of Democrat Wade Hampton during the campaigns for the South Carolina gubernatorial elections of 1876 and 1878. The Red Shirts were one of a number of paramilitary organizations, such as the White League in Louisiana, that arose in the continuing insurgency of white Democrats in the South in the 1870s. Such groups acted as "the military arm of the Democratic Party."

While engaging in terrorism, in contrast to secret vigilante groups such as the Ku Klux Klan, the Red Shirts and other paramilitary groups worked openly, were more organized and directed their efforts at political goals: namely, to restore the Democrats to power by turning out Republicans, and repressing civil rights and voting by blacks. During the 1876 campaign, the Red Shirts of North Carolina also played prominent roles.” – Wikipedia

Paramilitary Democrats suppressing votes (sounds like ACORN) and organized to direct effort to restore Democrats to power (sounds like Organizing for America and the SEIU).

So we have it there. Democrats in the State of Mississippi have long been tied to terrorism to enforce racial segregation and voter suppression. It appears that things haven’t changed much on the Left Side of the Isle as they still misrepresent African Americans while calling Republicans racist.
Posted by rosey at 10:11 AM