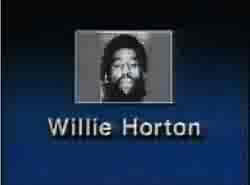 Sunday morning 4 police officers in Washington State were gunned down in an apparent targeted murder.


"Two baristas and a few customers were inside the coffee shop at the time of the shooting, they were not injured but all are in shock and traumatized. It appears the officers were targeted and ambushed by the suspect."

He says the unidentified suspect is described as a black male in his mid-20's to mid-30's, 5'7" to 5'10" tall, medium build, scruffy, wearing a black jacket over a gray hooded sweatshirt, and blue jeans.

The four police officers were all in uniform, and were all members of the Lakewood Police Department.

The officers were one female and three males. The Lakewood Police Department will handle the release of all information regarding the officers.

On Fox News today -- Former Arkansas Gov. Mike Huckabee says he's leaning slightly against running for president in 2012 but says it's far too early to say what he will do.

Also today in a news report:

A man with an extensive criminal past _ whose 95-year prison sentence was commuted in Arkansas nearly a decade ago _ was being sought Sunday as a "person of interest" in a deadly ambush on four police officers who were gunned down inside a coffee shop. The man that commuted the sentence was Mike Huckabee.

The police have a very large case on their hands to hunt down the killer. The police issued a press release that they were seeking Maurice Clemmons, 37, was one of several people investigators want to talk to and that he could not be called a suspect at this point.

Can you say Michael Dukakis and Willie Horton?

During the 1988 election, Democrats “cried foul” about bringing up Horton in the campaign. The foul that the Democrats raised was about “race”. As usual they bring out the race card, because Horton was black. Similarly the man that the police in Washington State are also seeking is black. Let’s see if the Democrats pull an about face and use this against Huckabee (which I believe is fair game to do so when political correctness allows a dangerous offender back into society).

On October 26, 1974, in Lawrence, Massachusetts, Horton and two accomplices robbed Joseph Fournier, a 17-year-old gas station attendant, stabbing him 19 times after he had cooperated by handing over all of the money in the cash register. His body was dumped in a trash can. Fournier died from blood loss.[1] Horton was convicted of murder, sentenced to life imprisonment without the possibility of parole, and incarcerated at the Concord Correctional Facility in Massachusetts.[2]

On June 6, 1986, he was released as part of a weekend furlough program but did not return. On April 3, 1987 in Oxon Hill, Maryland, Horton twice raped a local woman after pistol-whipping, knifing, binding, and gagging her fiancé. He then stole the car belonging to the man he had assaulted, but was later captured by police after a chase. Though Michael Dukakis did not create the furlough program, he did support it and as a result lost the 1988 Presidential Campaign. - Wikipedia
Posted by rosey at 10:37 PM