Now HEAR this, or risk your political career!

For the last 18 months the Main Stream Media and the ruling political elites on both sides of the isle have ignored you, slandered you and looked down their noses at you to tell you that you are just stupid and ignorant. While they were forcing their will upon you they too were trying, to the best of their ability, to silence those few news agencies that lent a voice to those feelings of despair.


In two short days those who have behaved in the manner described above are about to be replaced (hopefully) with new and fresh faces that have heard our voices, listened to our concerns and have declared to be our allies in sweeping aside the politics as usual. They have pledged to start the hard work to dismantle those policies and force fed legislative deeds that you have been screaming about.

The GOP leadership appears to be riding the benefits of this grassroots tidal wave but early indicators are that they do not fully grasp the gift being handed to them. This is borne out by the fact that they are trying to staff “newbies” with their own people in order to keep out those that the “newbies” intend to bring with them (i.e., tea party supporters).

Before any election results are tabulated, the MSM and the alternative media as well as members of both parties have predicted that the House will change hands and there is a chance of the Senate majority changing as well. Some are predicting a landslide while others are more conservative in their estimates. But one thing is assured – Nanci Pelosi will be handing over her gavel to a Republican majority come January.

The other consensus is this “change” of leadership will probably be historic on many fronts in the sheer number of seats being lost by incumbents on both sides. Throughout the last 18 months I have been anything but conservative in my estimates about this tidal wave of change. I have always had faith in Americans to resist this socialism and soft despotism that has gripped our nation’s capital. We are, after all, Americans first and a political party second.

The narrative from the White House has been that when this change occurs, Americans will see that the Republicans will not be able to deliver on their promises. Obama made this prediction because he still holds the powerful pen of veto. Shortly after this proclamation some powerful Republicans have made statements that Republicans are going to have to find a way to work with Obama to get things done. This is political suicide.

Obviously, these RINO’s either don’t understand the earthquake that has caused the tidal wave that is about to deluge Washington DC, or they are ignoring it. This misunderstanding or ignorance is exactly what caused the Democrats to lose their power and the GOP had better get with the program quick or risk peril to their own political futures.

Finally, here is my prediction to what will occur after a massive change of deck chairs in both the House and Senate.

1) Those who survive the initial onslaught will be startled by the sheer power of the American public’s demands for the first time as they will be reminded of “our” agenda everyday they come to work to do our business because they will be staring at new faces everywhere.

2) Taking the lead from prediction number one, those who remain seated will privately think twice about anything that resembles support for any of the unpopular programs and will most likely lead to an unprecedented era of bi-partisan support led by the newbies.

3) The newfound bi-partisan support will extend to actual over-riding of Presidential vetoes. The people will demand it, and if our elected leaders falter for just a moment they will be swept aside in the next election cycle.

While all of this historic, ground up change of power shines its light on the benefits of a true democracy and the world will take notice. Sure we will hear from the leftist tabloids in England, Germany and France of how stupid we are as a nation but there is one thing that they don’t understand either (as elites) – Tea Parties are springing up all over the globe as more and more see that people do have a say about their own lives and don’t have to be led like sheep anymore. Once again America will take her place as the leader of the free world.
Posted by rosey at 8:11 AM 1 comment:

The Lying, the Witch and the Wardrobe 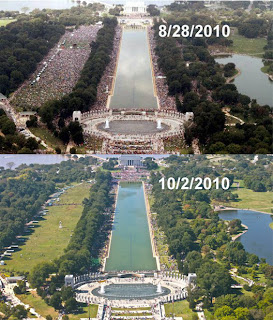 These are the collective faces of the enemy of America’s Constitution who by the very nature of their socialist beliefs and ideology make them incapable of upholding and defending the Constitution as it runs contrary to them.
Of the politicians noted above who are “DSA” members – eleven of the seventy sit on the Judiciary Committee.
Posted by rosey at 11:08 AM 2 comments: