Democrats and their economic plans, we think they must be fat, drunk or stupid 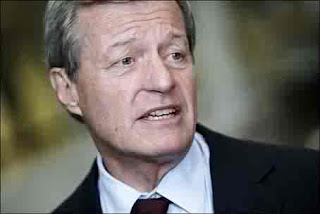 The failed economic policies of the Democratic Party has always been about "tax and spend" but now, in alarming fashion it has modified to "spend and tax" that has run our economy on the brink as well as putting millions of Americans in the unemployment lines (and alot in food bank pantries).

The arrogance of the Democrats to ignore Americans distaste for the excessive spending and proposals of liberal/socialist bills that will increase our deficits beyond repair have us thinking that they are either drunk or stupid.

On December 23rd, during the Senate debate on the floor, the Chairman of the Finance Committee has answered it plainly. He was stone, cold drunk.

What a persona embarrassment for Max Baucus and his party to act in his official capacity during the Senate session. He should be cited for drunk and disorderly conduct and placed in a detox facility against his will.

We Americans who find the Healthcare bill, Cap and Tax as well as further stimulus bill to be against our better judgement look to the Democrats in wonder about how they can find their ideas intoxicating to them alone.  Now we know why, they are actually intoxicated.
Posted by rosey at 8:52 PM