The terror triangle that John Brennan will try to cover-up! 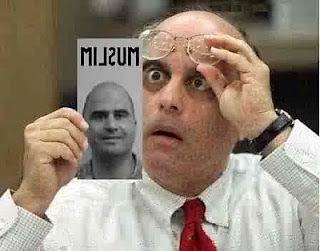 
We were told immediately following the Ft. Hood terror attack to please, oh please, “don’t rush to judgment” (because the US Government hasn’t had time to cover it up).

At first, all we knew was “a few soldiers” shot and killed people on the base. Then we find out it was two and one had a Muslim name.

Next, we find out that it was only one (the Muslim sounding name) and that he had killed 12 fellow soldiers and was then killed by Base security.

During this time, DHS head Janet Napalitano was overseas in an Islamic Country and telling the world that we will not allow a backlash. Again, with the pleas for patience until the authorities perform their investigation. Oh, at this time eyewitnesses start to tell the press that Hassan yelled “Allah Akbar” (God is great) before and during his rampage.

Please, oh please, do not jump to any conclusions.

Next, we learn that Hassan has told fellow soldiers that it is the right of Muslims to fight the infidels and that Jihad is justified.

Please, oh please, do not jump to any conclusions.

Obama then announced that his “crack” Whitehouse Homeland Security guy (Brennan) is on the job and will hold a complete top to bottom review to learn the who, what, where and why’s to make damn certain this can never happen again (even though in 2004 Brennan had testified before the 9/11 Commission that all intelligence agencies are now communicating information because they now sit side by side under one roof to make damn certain this will never happen again).

Please, oh please, do not jump to any conclusions and by the way Congress please stand down because we have the situation under control and Brennan’s first preliminary report will be submitted no later than November 30, 2009 (it is now December 16).

Next we learn that the FBI had two separate investigations on Hassan for his multiple contacts with the Imam of the Mosque he attended (which coincidently was the same Mosque that three of the 9/11 high jackers attended at the same time as Hassan) which the FBI deemed OK because Hassan was just researching an article. One of the emails had Hassan tell the Imam "I cannot wait to join you in the after life".

Please, oh please, do not jump to any conclusions because now we learn that this Imam (that Hassan, according to two separate investigations was in contact with) that is wanted by the US Government for terror related behavior, also counseled three 9/11 terrorists is now linked to the two recently US convicted terrorists that were members of the Toronto 18.

Let’s here it one more time “Please, oh please, do not jump to any conclusions”!

According to the Justice Department (and echoed by Brennan's past 9/11 Commission testimony and statements in June 2009 to SCIC):

"FBI Atlanta Special Agent in Charge Greg Jones said, "The radicalization of U.S. citizens by jihadist recruiters abroad is a very real and growing concern that the FBI and the U.S. Government as a whole must deal with. The FBI is charged with preventing terrorist attacks before they occur and we are committed to this task. Individuals engaged in such activities as these two individuals cannot successfully argue that such activities are constitutionally protected."

Major Hassan (Ft. Hood shooter) was in email contact with the Radical Imam (same one that couselled the three 9/11 highjackers) and comment about the convictions of the two Toronto 18 terrorists convicted by saying "The radicalization of US Citizens (Hassan was a US Citizen) by jihadist recruiters (Imam that Hassan and the 2 recently convicted Toronto 18 members sought counsel with is a jihadist recruiter).

So how is that "fix" that Brennan testified about at the 9/11 Commission that intelligence is now openly shared in one room, agents from all agencies sitting side by side to prevent future attacks like that on 9/11.  Did that information sharing fix stop Ft. Hood from happening?  I am sure that the man Obama tapped to do the investigation, who openly testified the problem fixed, will be an objective investigator when the information will show he was wrong then, as he is now.

But, hey -- Let's not jump to any conclusions, right?

One final thought on the FBI's determination that:

"The FBI also said the investigation includes forensic examinations of Hasan's computers and any of his Internet activity in hopes of gaining insight into his motivation....


...agents and analysts reviewed unspecified communications between Hasan and the unidentified subject of the investigation, and determined that the content of those communications was consistent with research being conducted by Maj. Hasan in his position as a psychiatrist at Walter Reed Army Medical Center.

“Because the content of the communications was explainable by his research and nothing else derogatory was found, the JTTF concluded that Major Hasan was not involved in terrorist activities or terrorist planning,” the statement said. “Other communications that the FBI was aware of were similar to the ones reviewed by the JTTF.”