Obama and the Democrat’s “failure of imagination”! 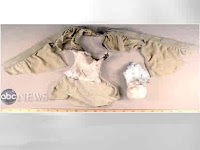 'We do not have the luxury of time,' says commission chairman

WASHINGTON (CNN) -- The chairman of the panel investigating the attacks of September 11, 2001, said his commission found that the "United States government was simply not active enough in combating the terrorist threat before 9/11."


Thomas Kean and his fellow panelists cited a "failure of imagination" that they said kept U.S. officials from understanding the al Qaeda threat before the attacks on New York and Washington that killed nearly 3,000.

The “combating the terrorist threat before 9/11” refers to treating terror and al-Qaida in a law enforcement manner.

This bears out with the following finding at the end of the CNN article as such:

* Neither Bush nor his predecessor Bill Clinton understood the gravity of the threats posed by terrorists because the leaders could not imagine such attacks.

Note: 9/11 established that al-Qaida favors airliners as a “choice” target – Obama’s intelligence should have known this, right?

* The CIA was limited in its effort to try to capture al Qaeda founder Osama bin Laden and his lieutenants in Afghanistan by the agency's use of proxies.

Note: Obviously this limited capability has not been expanded since 9/11 especially under Obama’s watch.

* Terrorism was not the top national security concern and missed opportunities to thwart the attack indicate the government's inability to adapt to new challenges.

* The failure of the CIA and FBI to communicate with each other -- sometimes because of "legal misunderstandings" -- led to missed "operational opportunities" to hinder or break the terror plot.

Note: According to John O. Brennan’s own testimony at the 9/11 commission, all agencies now sit in one room side by side and share all intelligence in a way that will prevent further attacks. This obviously is not occurring as he testified because we now know the following, according to a BBC Article about the Christmas Day terror attack:

“Abdulmutallab’s father spoke several times to the US Embassy in Abuja, Nigeria and visited a CIA officer there to tell him, apparently, that he feared his son was a jihadist being trained in Yemen. According to CNN, the CIA officer wrote up a report, which then sat in the CIA headquarters at Langley for several weeks without being disseminated to the rest of the intelligence community.”

“Again according to CNN, there were at least two face-to-face meetings, telephone calls and written correspondence with the father.”

“It wasn’t just the meeting with the father. According to CBS, “as early as August of 2009 the Central Intelligence Agency was picking up information on a person of interest dubbed ‘The Nigerian’ suspected of meeting with ‘terrorist elements’ in Yemen”. So there were other parts of the jigsaw that were not put together.”

“But Obama took three days before speaking to the American people, emerging on Monday in between golf and tennis games in Hawaii to deliver a rather tepid address that significantly underplayed what happened. He described Abdulmutallab as an “isolated extremist” who “allegedly tried to ignite an explosive device on his body” – phrases that indicate a legalistic, downplaying approach that alarms rather than reassures. Today’s words showed a lot more fire and desire to get on top of things – we’ll see whether Obama follows through with action. In the meantime, he went snorkelling.”

“There has been a pattern developing with the Obama administration trying to minimize terrorist attacks. We saw it with Abdul Hakim Mujahid Muhammad, a Muslim convert who murdered a US Army recruit in Little Rock, Arkansas in June. We saw it with Major Nidal Malik Hassan, a Muslim with Palestinian roots who slaughtered 13 at Fort Hood, Texas last month. In both cases, there were Yemen connections.”

“Is the Obama administration seriously still considering sending some 90 Yemeni detainees now being held at Gitmo back to their country of origin, where al Qaeda are apparently running around with impunity?”

* The CIA did not put 9/11 hijacker Khalid Almihdhar on a "watch list" or notify the FBI when he had a U.S. visa in January 2000 or when he met with a key figure in the USS Cole bombing. And the CIA failed to develop plans to track Almihdhar, or hijacker Nawaf Alhazmi when he obtained a U.S. visa and flew to Los Angeles. Both men were on American Airlines Flight 77 that crashed into the Pentagon.

Note: The Christmas day terrorist WAS on a watch list and is a Nigerian (remember as early as August of 2009 the Central Intelligence Agency was picking up information on a person of interest dubbed ‘The Nigerian’ suspected of meeting with ‘terrorist elements’ in Yemen”) and had traveled to Yemen multiple times until HE did get on an airplane (al-Qaida’s choice weapon) in the same manner as Richard Reid (Shoe Bomber).

The Democrats abandon “war on terror” and adopt “war against CIA”

Now, jump forward to May 2009 and the lie that Nanci Pelosi was caught in when she said that the CIA had never briefed her on the “Enhanced Interrogation Techniques (EIT’s or commonly referred to as “Waterboarding”).”

"ABC News’ Rick Klein reports: House Speaker Nancy Pelosi was briefed on the use of “enhanced interrogation techniques” on terrorist suspect Abu Zubaydah in September 2002, according to a report prepared by the Director of National Intelligence’s office and obtained by ABC News.

The report, submitted to the Senate Intelligence Committee and other Capitol Hill officials Wednesday, appears to contradict Pelosi’s statement last month that she was never told about the use of waterboarding or other special interrogation tactics. Instead, she has said, she was told only that the Bush administration had legal opinions that would have supported the use of such techniques.


Note:  So, instead of owning her mistaken recollection, if you wish to call it that, Pelosi goes on the offensive against the CIA and accuses them of lying to her to cover her political backside which resulted in a weakened CIA because career intelligence officers on the front lines realize Congress has hung them out to dry. The Democrats rally to her defense as shown below (wonder why CIA is reluctant to act on “actionable intelligence” when the Democrat majority is aligned in solidarity against them?).

"House Minority Leader John A. Boehner (R-Ohio) said that House Speaker Nancy Pelosi (D-Calif.) "ought to either present the evidence or apologize'" in the wake of her comments that CIA officials misled her about the use of controversial interrogation techniques on terrorist suspects.

Lying to the Congress of the United States is a crime," Boehner said yesterday on CNN's "State of the Union." "And if the speaker is accusing the CIA and other intelligence officials of lying or misleading the Congress, then she should come forward with evidence and turn that over to the Justice Department so they can be prosecuted."

He added: "And if that's not the case, I think she ought to apologize to our intelligence professionals around the world."

“Pelosi on Thursday accused the CIA of "misleading the Congress," an assertion that CIA Director Leon Panetta, a former Democratic congressman from California, rebutted on Friday. But congressional Democrats have defended Pelosi.

White House aides have declined to comment on the matter. But Virginia Gov. Timothy M. Kaine, chairman of the Democratic National Committee and a top Obama ally, said yesterday on NBC's "Meet the Press" that Pelosi "absolutely" has the support of other Democrats.”

Note: If you think that I am incorrect in the assessment that the Democrats with Pelosi in the lead have seriously damaged the reputation and ability of the CIA to perform under the manufactured “political” duress you only have to look at what al-Qaida said after Janet Napolitano said “everything worked as intended” after the Christmas day terror attempt:

“Apparently the fellows in al-Qaida took as a personal insult Secretary of Homeland Anxiety Janet Napolitano's comment Sunday that their role in the foiled Detroit airliner bombing wasn't clear but would be investigated. Yesterday, al Qaeda's ascendant franchise in the Arabian Peninsula saved Secretary Napolitano the trouble of plowing through all the layers of the national-security bureaucracy for an answer.

The terrorist organization put out a pointed statement not only claiming responsibility but also mocking the U.S.'s ability to stop them. Umar Farouk Abdulmutallab, they said, "dealt a huge blow to the myth of American and global intelligence services and showed how fragile its structure is."

Then on 12/27 “Homeland Security Secretary Janet Napolitano said Sunday there was no indication so far that an alleged botched terror attack on a U.S. airliner was part of a broad international effort.


"Right now we have no indication that it is part of anything larger," Napolitano told CNN's "State of the Union" program.”

This is the second terror attack on US soil during the Obama administration that they have attempted to paint as a “lone wolf”, the first was the Ft. Hood terror attack.

Proof is in the Pudding – Dem Pork over airline screening

The money Dodd blocked was specifically "for screening operations and the amount for explosives detection systems." Dodd proposed the amendment because the firefighters union is a pet constituency of his, according to the Examiner.

The text of the amendment as reported by the Examiner:

(Purpose: To provide additional funds for FIRE grants under section 33 of the Federal Fire Prevention and Control Act of 1974)

SEC. X (a) The amount appropriated under the heading "firefighter assistance grants'' under the heading "Federal Emergency Management Agency'' under by title III for necessary expenses for programs authorized by the Federal Fire Prevention and Control Act of 1974 is increased by $10,000,000 for necessary expenses to carry out the programs authorized under section 33 of that Act (15 U.S.C. 2229).

(c) From the unobligated balances of amounts appropriated before the date of enactment of this Act for the appropriations account under the heading "state and local programs'' under the heading "Federal Emergency Management Agency'' for "Trucking Industry Security Grants'', $5,500,000 are rescinded.

I think that we should look to a new Czar position that the Obama Administration will create. It will be called the “underwear czar” perhaps headed by Michael Jordan. He is, after all, eminently qualified being the spokesman for “Hanes”. This way the future crotch bombers can “have it their way” and still receive 21 virgins in the afterlife though it is unclear if they will be fully functional in the afterlife when they blew out their "*&%$" in the prior life.
Posted by rosey at 10:03 AM