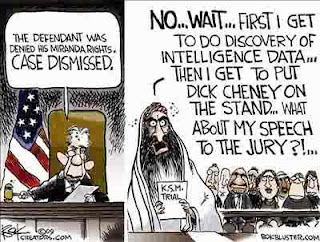 From the NY Times to TSA

The recent outrage of the disclosure (on the internet) of the TSA Manual by Department employees is indicative of the level of misconduct and treasonous action by those on the left to hamper our national security. I am not indicating that the employees who posted the information on the internet are democrats but the Department as a whole as it is run by Obama appointee Janet Napolitano.

The latest information of the leak reports that 5 of the agencies employees have been placed on “paid administrative leave” which in the political correct world can mean one of three things:

First, the employees are truly placed on paid leave for committing this national security breach just in time to enjoy the Christmas holidays with their families, life uninterrupted.

Second, they are Union employees and in spite of the seriousness of the leak to national security breach will enjoy the Christmas holidays with their families, life uninterrupted until their union rep successfully gets them reinstated with apology letters, or

Third, the employees will enjoy this Christmas on paid furlough until such a time the news of the incident wears down and they will ultimately be scapegoats to protect their bosses.

Ms. Napolitano has already been under fire due to her lack of leadership when an underling released, ostensibly without her review, the “right wing extremist, report that listed anyone who disagrees with the socialist line, well a terrorist. Ironic they can use that term when explaining returning vets but not an Islamic holy warrior bent on our destruction.

I for one am sick and tired of the Democrats, their allies in the MSM as well as political cabinet appointees that are busy at aiding terrorists and putting this country in grave danger. It can be said (in whispered conversations) that ever since 9/11 liberals have been busy rewinding this country to 9/10.

When the 9/11 Commission wrapped up their findings (July 2004) and published their politically correct and flawed report we Americans were to feel safe that our elected leaders have found, identified and corrected our security situation.

When I say flawed it is because of the political nature of the makeup of the panel (I liken it to the “internal ACORN investigative panel” members). For instance, one of the major factors that allowed the 9/11 high-jackers to succeed in their deeds was due to the “wall” erected by Jamie Goerlick at the Justice Department that prevented law enforcement agencies at the Federal Level from communicating and sharing information on potential terror suspects. Ms. Goerlick was a prominent member of the 9/11 Commission.

The other thing that came to mind was the “Sandy Burglar” theft of Federal Archives documents before the former National Security Advisor was to testify before the panel on the Clinton Administrations handling of the “millennium plot”.

Flawed or not, the commission findings were put in place as a consensus to the “who, what, where’s and why’s of the attacks. It was intended to ensure the public that their entrusted leaders found and fixed the unfortunate circumstances surrounding the successful attacks on that fateful day that claimed so many innocent American lives, on our soil.

In July 2004 when the commission findings and recommendations were released to the public the New York Times was busy readying their first treasonous acts that gave aid and comfort to the Islamic enemies of America.

“The Times said they delayed reporting this story at the request of the Administration:

The White House asked The New York Times not to publish this article, arguing that it could jeopardize continuing investigations and alert would-be terrorists that they might be under scrutiny. After meeting with senior administration officials to hear their concerns, the newspaper delayed publication for a year to conduct additional reporting. Some information that administration officials argued could be useful to terrorists has been omitted.”

This means that the NYT’s was considering leaking this secret information as far back as December 2004 (just 4+ months after the 9/11 Commission report findings were made public).

The NY Times, in August 2004 published “The Complete Investigation: The 9/11 Report” with reporting and analysis in paperback book form (which this author owns).

The extensive coverage of the commission by the Times gave them full knowledge of the dangers we faced after 9/11 and with that in mind, disclosed secret US Government anti-terror tactics. There is no excuse for their treasonous actions other than the deliberate and wonton damage to national security.

The NY Times again disclosed secret (six months after their first leak and less than 2 year after the 9/11 commission report) US Government anti-terrorist tactics in mid-June 2006 when they explained our efforts at tracking terror financing.

The proof is in the pudding that the Democrats have fought the anti-terror efforts of this country and now comes sharply into focus with the actions of the Obama Administration, his Cabinet and those in Congress who have decided to allow those terror captives who planned and executed the 9/11 terror attack as well as many others around the globe a podium to spew their propaganda in a court room.

It is evident they all live in a 9/10 world! It has been roughly 9 years since the attack and they have systematically pulled this country backwards in time to that mentality. Their actions prove it beyond a shadow of doubt. To this day they push for the release of US military torture photos but do not want to disclose the terror photo’s of 9/11.
Posted by rosey at 4:36 PM