Is it US or them? 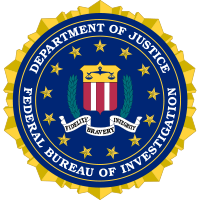 All three zeroed in to this specific article. This information was, to me, startling. I was not so alarmed that I was visited by three different Islamic States, but startled because of how quickly they “sniffed” out the obvious “key words” in my article title “Joint Chiefs of Staff”.

The Punjab province in Lahore is teaming with al Qaida hideouts and it is not unreasonable to think that the CIA may have a station there in their midst. On the other hand we know that terrorist utilize a wide array of electronics to communicate and ply their deadly craft of death so it is not unreasonable to also think that they have a sophisticated “sniffer type” software to monitor us.

The FBI had control of “Project Carnivore” until its purported abandonment due to civil liberty concerns and the subsequent availability of more sophisticated commercial software called NarusInsight.

The question I have in the “sniffer” action against “America’s Living Room” is, was US or them?
Posted by rosey at 11:29 AM