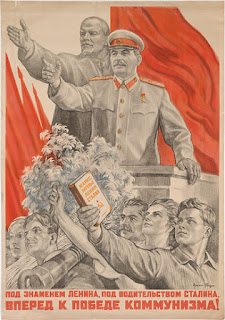 In the MSM recently we have seen liberal commentators, guest speakers, politicians and all of the usual suspect fellow travellers talking about the same theme -- "Republican Code Words".  They are consistently implying the when "Republicans & Conservatives" use terms like "socialists; communist, liberal, progressive and community organizers" it is code words for "blacks".

This "mirroring" (calling someone something that you yourself are) is a common tactic to deflect reality and to mitigate the truth through intimidation.  Of course when Republicans and Conservatives use those particular words as nomenclature in describing Obama and his policies as well as all of those on the left who share Obama's vision, they are talking about all of them in terms that they are "socialists, communist, liberal, progressive and community organizers" that happen to be black, female, male, hispanic, etcs.

That said, I wish to solidify this belief that Obama and his fellow travellers are indeed what "Republicans and Conservatives" label them.

Before I get into that detail, I wish to remind the readers that:

For instance, Obamacare.  Personal choice is replaced by the expanded Federal Government over the individual to make decisions on their behalf.  Michelle Obama and her takeover of student nutritional guidelines pushed into the cafeteria's.  I could go on and on, but you get the idea.  The only thing that they ardently defend in that arena is abortion.  Whereas it is a personal choice for the mother, the unborn and soon to be exterminated baby has no say.

Now, a look at some scary details that will undoubtedly label me as racist for merely suggesting the communist connections and code words the left is actually employing for their quick transformational changes that are already occurring.

In 2008, Obama's campaign slogal was "Hope & Change" and the effectiveness of this mantra is inspirational.

Saul Alinsky:   In Rules for Radicals (his final work, published in 1971 one year before his death), he addressed the 1960s generationn of radicals, outlining his views on organizing for mass power. In the opening paragraph of the book Alinsky writes, "What follows is for those who want to change the world from what it is to what they believe it should be.

If the above quote isn't enough to give the idea that when you apply it to current events of the left and what they are advocating today and realize it is straight from Alinsky then there is more to convince you.  For instance, did you know that Hillary Clinton's college thesis was on Saul Alinsky?

Then perhaps another quote taken from Alynski:


The organizer’s job is to inseminate an invitation for himself, to agitate, introduce ideas, get people pregnant with hope and a desire for change and to identify you as the person most qualified for this purpose.

In 2008, Obama and the MSM inpregnated a large portion of America with his desire to "fundementally transform America" meme.  Of course, the population thought he meant transform Washington DC insider political games, partisanship and kicking out lobbyist.  What we got instead, well, you know.

In 2012, Obama's new campaign slogal is "Forward".  Vladimir Lenin founded the publication “Vpered” (the Russian word for “forward”) in 1905.


One of my favorite blogs that I follow is "Hack Wilson".  Awhile back he had an excellent article on this very subject which you can read here! 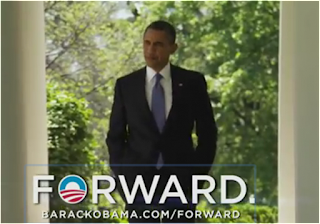 Code word?  Coincidence"   You decide in 3 weeks!  American needs you to organize against the Chief Community Organizer"!   Throw them out, all of them!  They do not represent America or her ideals and heritage......
Posted by rosey at 7:24 PM