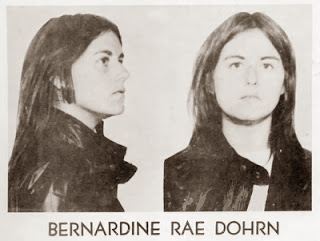 Remember her?  This is the person who gave Obama his first campaign kickoff at her house in Chicago with fellow terror leader Bill Ayers.

In case you forgot, here is his FBI mug shot picture, followed by his recent photo and look at his continued defiance and non-repentance: 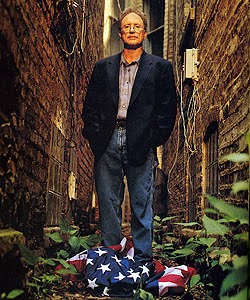 What's is he standing on?

So, all of this imagery was brought to my mind this weekend when another image was posted on an article at "Canada Free Press" titled -- Northwestern's Patriotic Uniforms

For those who are lost in this irony, Northwestern University is where Bernadine Dohrn is Clinical Associate Professor at the law school there.  I wonder if the unrepentant terrorist and his wife attended the game and if so, do you think they left early?