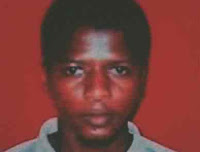 Amidst the Massachusetts election furor and press coverage one of the Gitmo terrorists had his first day in court (January 12).  As expected his attorney filed a motion to throw out all charges for the following reasons:

The Judge "reserved his decision" after two hours of arguments.

According to CNS News:

"At the time of his arrest in Pakistan, Ghailani was a fugitive, already indicted in federal court in Manhattan in the August 1998 bombings of two U.S. embassies in Africa. The bombings killed 225 people, including a dozen Americans.


Rulings in Ghailani's case could set precedents affecting the New York prosecution of Khalid Sheik Mohammed, accused of being the mastermind of the Sept. 11, 2001, terrorist attacks."

Then, on January 20th another detainee was brought into court and proved "skeptics" right when she had two outbursts.

Siddiqui “used the public forum of the trial to reiterate her accusations that she was tortured in a secret prison – accusations the US government has called baseless.”


The woman also shouted that the first witness against her was “lying.” She was “swiftly expelled from the courtroom.”
Posted by rosey at 8:56 PM