On her deathbed, the old, Grey Lady weakly coughs, and asks………. 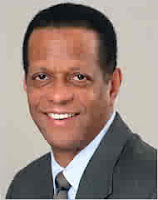 Who, who, who is Barack Obama?


In an Op-Ed column written by one of Obama’s chief “water carriers” (Robert Herbert) historically, finally asks, in the opening of his article – “Who is Barack Obama?”

Never mind that this question should have been asked by the NY Times, LA Times, ABC, NBC, CBS, CNN and all of the other Obama cheerleaders since before his “historic election”.

The people (voters) have been asking this question of this shadowy individual who rose from nowhere, in record time since he was thrust onto the national stage at the 2004 Democratic National Convention.

This unknown individual has guarded his past (except for his two self written autobiographies) to minimize any derogatory information that to most Americans find reprehensible. Information like his association with known radicals, socialists, communists, Marxists and anti-business individuals were downplayed by the very same news organizations with zeal.

We have been told that to ask these questions you had to be radical, right wing ideologically driven and down right racist. Now the “grey lady” herself is asking these questions.

In his NY Times article, Mr. Herbert not only asks the chief question about Obama’s identity but also points out the President’s “credibility problem” (a two-fer).

“In regards to the President’s credibility problem he writes “Mr. Obama may be personally very appealing, but he has positioned himself all over the political map: the anti-Iraq war candidate who escalated the war in Afghanistan; the opponent of health insurance mandates who made a mandate to buy insurance the centerpiece of his plan; the president who stocked his administration with Wall Street insiders and went to the mat for the banks and big corporations, but who is now trying to present himself as a born-again populist.


Mr. Obama is in danger of being perceived as someone whose rhetoric, however skillful, cannot always be trusted. He is creating a credibility gap for himself, and if it widens much more he won’t be able to close it.”

Is Mr. Herbert calling Obama a liar? Mr. Herbert can get away with these racist questions because he himself is a liberal and of course, black.

He goes on about credibility -- “In his acceptance speech, for example, candidate Obama took a verbal shot at John McCain, sharply criticizing him for offering “a health care plan that would actually tax people’s benefits.”

Now Mr. Obama favors a plan that would tax at least some people’s benefits. Mr. Obama also repeatedly said that policyholders who were pleased with their plans and happy with their doctors would be able to keep both under his reform proposals.

Well, that wasn’t necessarily so, as the president eventually acknowledged. There would undoubtedly be changes in some people’s coverage as a result of “reform,” and some of those changes would be substantial.”

He ends his article as he started it, with – “Mr. Obama will deliver his State of the Union address Wednesday night. The word is that he will offer some small bore assistance to the middle class. But more important than the content of this speech will be whether the president really means what he says. Americans want to know what he stands for, where his line in the sand is, what he’ll really fight for, and where he wants to lead this nation.


They want to know who their president really is.”

Mr. Herbert and the Times were too busy deflecting those questions that would have given them and America the answers to who Obama is and playing the race card at every turn.  Instead of performing their job of investigative journalism, they turned to slander and ad hominam attacks against the questioners.
In an April 2008 Op-Ed, Herbert wrote the following in concern for the Rev. Wright Issue on his favorite candidate – “This whole story is about Senator Obama’s run for the White House and absolutely nothing else. Barack Obama went to Rev. Wright’s church as a young man and was blessed with the Christian bona fides that would be absolutely essential for a high-profile political career.


Faster than anyone could have imagined, the young Mr. Obama became Senator Obama and then the leading candidate for the Democratic presidential nomination. Then came the videotaped sermons and the roof caved in on Rev. Wright’s reputation. Senator Obama had no choice but to distance himself and he did it as gently as he felt he could.”

Herbert has been a masterful water carrier when he explains that 20 years of radical fellowship with Wright is not the story here so, move along. It is about Rev. Wright’s reputation and Obama’s forced disassociation with the Rev.

In a September 2009 Op-Ed, Herbert pulls race card in defense of Obama with the following – “There is an inherent feeling among many in this country that an African-American should not be president”


“For many white Americans, Barack Obama is nothing more than that black guy in the White House, and they want him out of there”


“These are bits and pieces of an increasingly unrestrained manifestation of racism directed toward Mr. Obama that is being fed by hate-mongers on talk radio and is widely tolerated, if not encouraged, by Republican Party leaders. It’s disgusting, and it’s dangerous. But it’s the same old filthy racism that has been there all along and that has been exploited by the G.O.P. since the 1960s.”


“Glenn Beck, one of the moronic maestros of right-wing radio and TV, assures us that President Obama “has a deep-seated hatred for white people.”


“But the fact that a black man is now in the White House has so unsettled much of white America that the lid is coming off the racism that had been simmering at dangerously high temperatures all along. Eric Boehlert, a senior fellow with Media Matters, said, “If someone had told me in February that there would be mainstream allegations that Obama was a racist and a fascist and a communist and a Nazi, I wouldn’t have believed it.”

Mr. Herbert decries “racism” of whites in America that want Obama removed from the White House. But look at his own racists remarks on November 1, 2008 on election eve – “There is some evidence that lower-educated, less affluent white voters — a group that tends to favor Senator McCain — may be somewhat more reluctant than other groups to respond to pollsters”

The overwhelming evidence that Herbert invokes the race issue to diminish those on the right and those who openly and critically have asked the question that he now is asking with his latest article is too little too late. The question that the old grey lady is asking now has been clarified by Mr. Herbert long before the election that cements the fact he, as well as the NY Times (and their diminishing followers) have known all along who Obama is by this July 8, 2008 article – “His brilliant, nationally televised victory speech in Des Moines sent a shiver of hope through much of the electorate. “The time has come for a president who will be honest about the choices and the challenges we face,” said Senator Obama, “who will listen to you and learn from you, even when we disagree, who won’t just tell you what you want to hear, but what you need to know.”


Only an idiot would think or hope that a politician going through the crucible of a presidential campaign could hold fast to every position, steer clear of the stumbling blocks of nuance and never make a mistake. But Barack Obama went out of his way to create the impression that he was a new kind of political leader — more honest, less cynical and less relentlessly calculating than most.


You would be able to listen to him without worrying about what the meaning of “is” is.”


One issue or another might not have made much difference. Tacking toward the center in a general election is as common as kissing babies in a campaign, and lord knows the Democrats need to expand their coalition.


But Senator Obama is not just tacking gently toward the center. He’s lurching right when it suits him, and he’s zinging with the kind of reckless abandon that’s guaranteed to cause disillusion, if not whiplash.


“What’s he doing?” is the most common question heard recently from Obama supporters.


“For one thing, he’s taking his base for granted, apparently believing that such stalwart supporters as blacks, progressives and pumped-up younger voters will be with him no matter what. A taste of the backlash this can produce erupted on the candidate’s own Web site.


Thousands of Obama supporters flooded the site with protests over his decision to support an electronic surveillance bill that gives retroactive immunity to telecommunications companies that participated in the Bush administration’s warrant less wiretapping program. The senator had previously promised to filibuster the bill if it contained the immunity clause.


There has been reluctance among blacks to openly criticize Senator Obama, the first black candidate with a real shot at the presidency. But behind the scenes, there is discontent among African-Americans, as well, over Mr. Obama’s move away from progressive issues, including his support of the Supreme Court’s decision affirming the constitutional right of individuals to bear arms.


There’s even concern that he’s doing the Obama two-step on the issue that has been the cornerstone of his campaign: his opposition to the war in Iraq. But the senator denied that any significant change should be inferred from his comment that he would “continue to refine” his policy on the war.”

So, there you have it, they have known all along that he cannot be trusted with the Progressives plan for America let alone his own disastrous policies since taking office. If the NY Times and Mr. Herbert would have asked the hard questions instead of invoking race and smearing those who wanted to know “who is Obama” then maybe we would have known better than to elect him. Hillary Clinton, in hind sight, is looking more and more attractive as President – Whew, I cannot believe I just said that. Maybe I need to ask myself “who am I”?
Posted by rosey at 1:14 PM